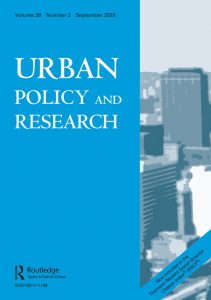 The article observes four alternative development projects in Melbourne as well as examining the efficacy of land and finance policies introduced in Berlin and London to assist collective self-organising multi-unit housing delivery.

All the projects researched aimed to increase owner occupier agency in the design and construction of townhouses and apartments.

The projects studied include:

These projects are compared to each other but also compared to Berlin building groups (baugruppe).

On the Property Collectives model, the research notes that:

The article also points out a distinction between agent-led (professional facilitation) and self-organised projects, particularly in the context of Berlin housing market.

This distinction is interesting to me as I reflect on our role in helping to establish new projects.

Within our current and past projects, I can think of examples where our involvement has been agent-led and self-organised. The distinction here perhaps lies in whom plays the role of project initiator, the project promoter.

Every project needs a project promoter. It is this initiator who establishes the initial vision and once it is shared it is up to others to adopt, co-opt, refine and finalise it.

However many of our projects reflect a mixed approach. For instance the Victoria Street Collective began when a future resident approached us to see whether we could assist in building up a community around the project. They wanted to see a project realised that carried on the vision of Mike & Lorna Hill who established the WestWyck eco-village. We supported the initial core Collective purchase the land then introduced the project to people in our network we thought would be interested in participating. So this project reflects a somewhat combined approach.

Whether this project is agent-led or self-organising is interesting but also semantic. The important thing is that the future residents are empowered to make the key decisions about how their project is realised. This is what this research identifies. This is what our model does.

Regardless of the method of origination, on reflection I feel the value we add to this CSO housing in Australia is that we have:

We act then as the guardians of this process.

Giving members of each Collective the agency they need to realise the housing solution that matches their specific needs.

On future policy considerations to support the growth of this type of housing delivery, the research indicates that: